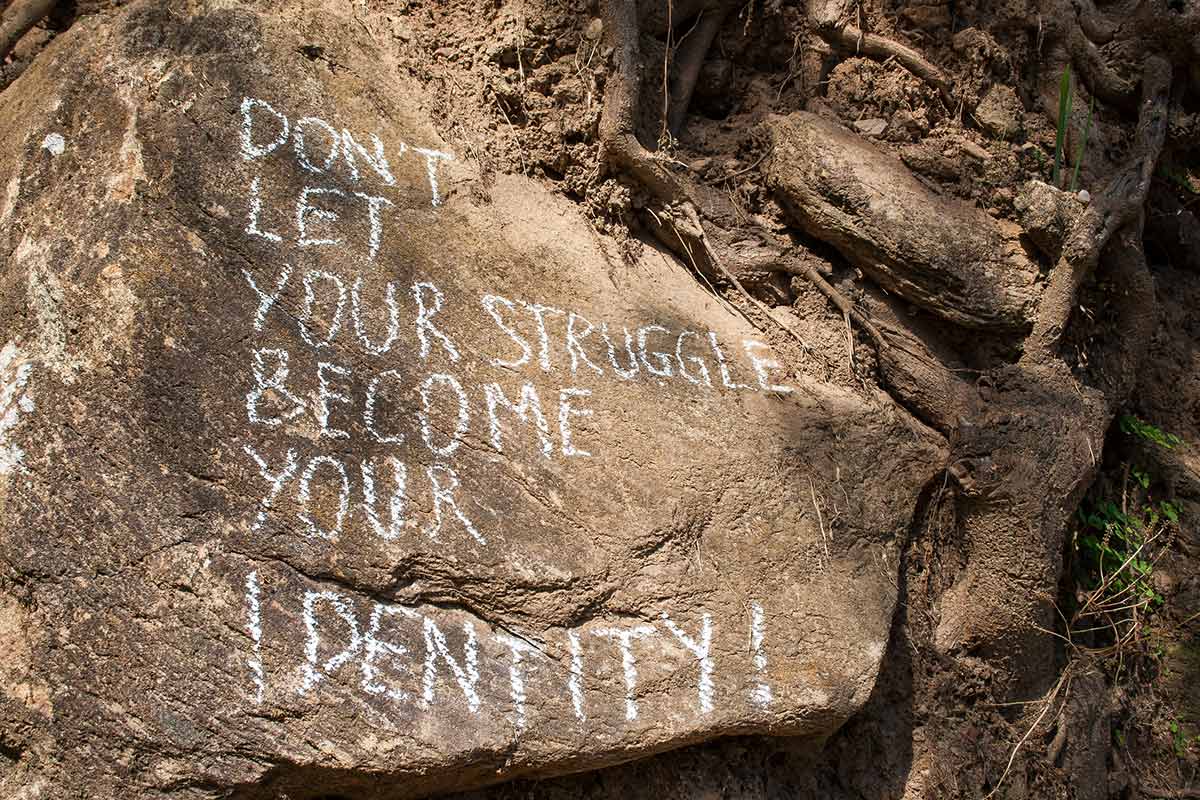 As a continuation from my previous post, I want to continue on this journey with Job and the things that he had to endure while remaining steadfast in his Faith in God. Some people can go through trials and forget God along the way or worse yet, deny Him and forsake Him. Job had countless opportunities to forsake his faith in God, but he held onto his integrity because he knew that what he was enduring was not of God. Clearly, Satan had petitioned many trials for Job to face just to get him to deny the Lord’s name. As Christians, we sometimes need to learn to remain quiet  with respect to another person’s plight and not be presumptuous about why someone is facing certain tribulations in their life. There are moments when we all will get tested in one way or another regarding where we stand in our faith in God. However, those that endure to the end, will receive a great reward, and this is why I want to explore Job’s mentality throughout the whole situation he was in. So let me continue on with what Job did in this list as I scour through the chapters.

18. In Job 19 – Job chooses to trust in his Redeemer. When all else fails you, who else do you have to rely on except the King of kings?! Job’s friends were not reliable at all so Job remains anchored in his faith to God to relieve him of his situation.

19. In Job 20 – Job’s friend Zophar gives a sermon on “The Wicked Man”. It seems like he’s insinuating that Job has some an area of wickedness in him that could be the cause of all the calamities befalling on Job. Again… Zophar is incredibly presumptuous. This is what it’s like to have an “un-friendly friend” people. Sometimes the closest people you have in your life can disappoint you the greatest, especially when what you want from them is genuine support. Be aware that the friends you have in your life aren’t perfect human beings so don’t expect too much from them in the first place if you want to avoid being disappointed by them.

20. In Job 21 – Job gives a discourse on the Wicked. He says his two cents worth to his friends as I’m sure he’s tired of their mockery. It’s clear to him that his friends can’t see the errors of their judgment towards Job and nor can they see how presumptuous they are in trying to understand Job’s plight. Sometimes it’s best to keep quiet with respect to another person’s crisis rather than sounding off your opinion on the matter if you really don’t know what’s going on with that person’s situation. However, in this case, Job’s friends continue to mock and ridicule Job feeling like they understand his circumstances when really, they do not.

21. In Job 22 – Eliphaz accuses Job of “Wickedness”. You’ll be surprised with what you can live through. Even your closest friends can disappoint you to no end when they start to point the finger at you and accuse you for doing something that you’ve never done to warrant all these bad tidings. Sometimes people need to shut up if they don’t understand what’s really going on with you. There is this saying that I think Eliphaz needed to take heed to when I read this scripture…and that is… “If you’ve got nothing good to say, then don’t say it!”. Need I say more?….

25. In Job 26 – Job answers Bildad by talking about man’s frailty and God’s Majesty.

26.  In Job 27 – Job maintains his integrity despite all the things his friends have said to him. He also continues to clarify what the portion of the wicked man who heaps up treasures for him/herself is what will be given to those who are righteous and the innocent will divide the silver if you read verses Job 27:16 – 17:

16 Though he heaps up silver like dust,
And piles up clothing like clay—
17 He may pile it up, but the just will wear it,
And the innocent will divide the silver.

28. In Job 29 – Job gives a summary of his defense as he mentions his good deeds. 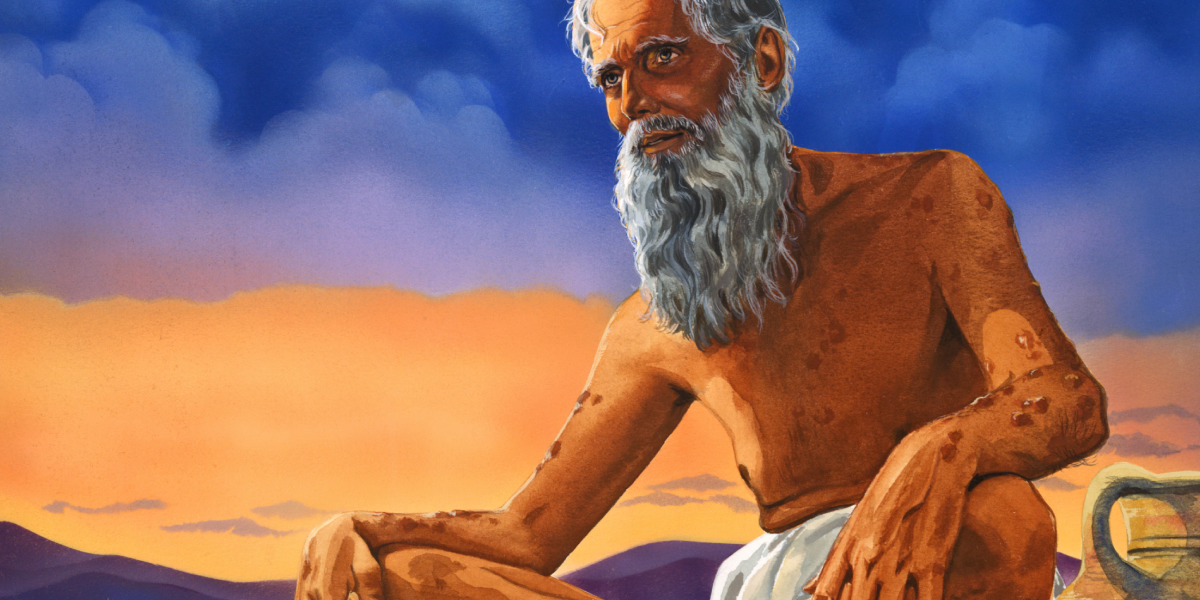 29. In Job 30, 31 – Job continues on with his summary of his defense and cries out to God regarding his calamities. He also continues to seek God to show him where he his done wrong so that he can right it as he continues to search for the reason as to why he’s facing all these troubles.

30. In Job 32 – Elihu contradicts Job’s friends. He is younger than Job’s friends and was busy listening to their arguments to justify Job’s plight and was seemingly annoyed and ticked off about their presumptuous answers that offered no consolation or empathy to Job’s calamities.

31. In Job 33 – Elihu contradicts Job and tells him that he isn’t righteous in: Job 33:12 – “Look, in this you are not righteous. I will answer you, For God is greater than man. Elihu tries to act like he’s empathizing but he seems to have doubts about Job’s righteousness.

32. In Job 34 – Elihu proclaims God’s justice and tries to argue that the justice of God is unlike the justice provided by men. The scales are just too different to be weighed out by man’s opinion alone.

33. In Job 36 – Elihu proclaims God’s goodness and declares that God gives justice to the oppressed in Job 36:6. Elihu also proclaims of God’s majesty in the same chapter as he declares in (Job 36:26: “Behold, God is great, and we do not know Him; Nor can the number of His years be discovered). He also states that hypocrites store up wrath for themselves and that their lives end among the perverted persons as the Lord delivers the poor from their affliction and opens their ears in their oppression (Job 36:13-15). Elihu also proclaims God’s majesty in the same chapter.

34. In Job 37 – Elihu continues his discourse regarding God’s majesty. In  verses 23-24 – it appears that Elihu insinuates to Job that he should not think himself as wise of heart for God does not show partiality.

23 As for the Almighty, we cannot find Him;
He is excellent in power,
In judgment and abundant justice;
He does not oppress.
24 Therefore men fear Him;
He shows no partiality to any who are wise of heart.”

35. In Job 38 and 39 – The Lord reveals His Omnipotence to Job. It seems to me that in verses 2-3 the Lord seems to be rebuking Job’s friends regarding their presumptuous attitudes towards Job’s plight.

Then the Lord answered Job out of the whirlwind, and said:

2 “Who is this who darkens counsel. By words without knowledge? 3 Now prepare yourself like a man; I will question you, and you shall answer Me.

40 Moreover the Lord answered Job, and said: 2 “Shall the one who contends with the Almighty correct Him? He who rebukes God, let him answer it.”

“Behold, I am vile;
What shall I answer You?
I lay my hand over my mouth.
5 Once I have spoken, but I will not answer;
Yes, twice, but I will proceed no further.”

God then proceeds to challenge Job with various questions in Job 40:6-24. I find it interesting that the Lord mentions Behemoth in Job 40:15:

“Look now at the behemoth,[a] which I made along with you;
He eats grass like an ox.

Behemoth – The Hippopotamus aka the Water Ox

Side Note: Behemoth [N] [H] [S]( Job 40:15-24 ). Some have supposed this to be an Egyptian word meaning a “water-ox.” The Revised Version has here in the margin “hippopotamus,” which is probably the correct rendering of the word. The word occurs frequently in Scripture, but, except here, always as a common name, and translated “beast” or “cattle.”

And he also mentions Leviathan in Job 41:1:

“Can you draw out Leviathan[a] with a hook,
Or snare his tongue with a line which you lower?

Side Note: Leviathan [N] [T] [B] [E](jointed monster ) occurs five times in the text of the Authorized Version, and once in the margin of ( Job 3:8 ) where the text has “mourning.” In the Hebrew Bible the word livyathan , which is, with the foregoing exception, always left untranslated in the Authorized Version, is found only in the following passages: ( Job 3:8 ; 41:1 ; Psalms 74:14 ; 104:26 ; Isaiah 27:1 ) In the margin of ( Job 3:8 ) and text of ( Job 41:1 ) the crocodile is most clearly the animal denoted by the Hebrew word. ( Psalms 74:14 ) also clearly points to this same saurian. The context of ( Psalms 104:26 ) seems to show that in this passage the name represents some animal of the whale tribe, which is common in the Mediterranean; but it is somewhat uncertain what animal is denoted in (Isaiah 27:1 ) As the term leviathan is evidently used in no limited sense, it is not improbable that the “leviathan the piercing serpent,” or “leviathan the crooked serpent,” may denote some species of the great rock-snakes which are common in south and west Africa.

Clearly, the Lord is indicating to Job the true source of his afflictions and plight for his faithfulness and righteousness. God knows that Job will overcome this season of trial and testing initiated by the Adversary.

One thought on “Integrity is NOT Easy – Part 2”