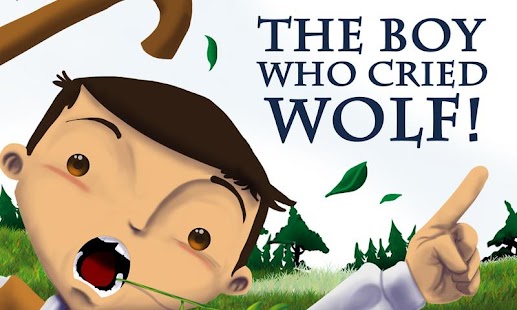 There are moments when parents do the very best they can to bring up their children in the way that they should go… but sometimes, kids have minds of their own and think they “know-it-all” and can cry “Wolf!” when it’s convenient just in order to escape discipline. When I was a kid, I’d get spanked if I was naughty… and well, it’s led me be more disciplined and self-controlled as an individual unlike other kids I see here in North America. Now, I want to get this straight, I don’t advocate child abuse… but I see nothing wrong in spanking a kid who is totally out of control just in order to discipline them. Having said that though, there are also various methods of disciplining a child without having to spank them that can get the point across, so parents need to learn what works well enough to get your child to be self-disciplined while also exhibiting self-control.

Proverbs 22:6
Train up a child in the way he should go, And when he is old he will not depart from it.

That whole idea of “Sparing the Rod and Spoiling the Child” comes from this verse of scripture found in:

24 He who spares his rod hates his son,
But he who loves him disciplines him promptly. 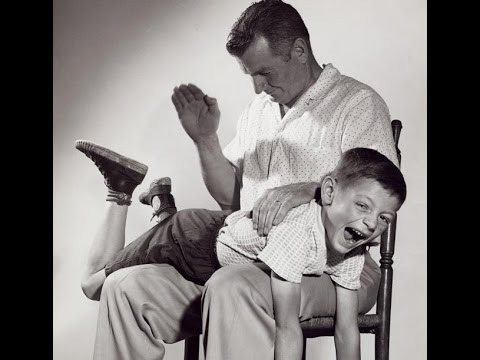 The Bible even tells us that disciplining a child is an act of LOVE, however, not many kids that I see here in North America have that going on for themselves based on my observation. Now, I know that in North America, people are divided about how one should discipline a child. Some people even claim that “spanking” is child abuse…. I am of a different opinion. Spanking is necessary when a child is totally out of control. NOW, LET ME MAKE THIS PERFECTLY CLEAR before some of you decided to stone me…. I don’t advocate beating a child down to a pulp just to get your message across… There is a fine line between a slap in the face/butt and then beating a child into oblivion… that’s totally out of control. Spanking or slapping a kid across their face or butt never killed anyone, especially those teenagers that like to run their mouths with “I know already!!!” and “You can’t tell me what to do!!!….” with many explicatives that follow after those sentences type of nonsense. As a previous youth leader, I’ve seen kids out of control who lacked discipline and get into trouble with the law on a consistent basis just because they lacked discipline or an understanding of the repercussions and consequences for their actions.

Is your child giving you a tantrum?

On the other hand, I have also witnessed those that heeded to instruction and discipline who ended up being able to achieve great things as they turned their chaotic lives around for the better once they understood what it meant to receive guidance and true mentor-ship from mature individuals while learning how to operate in HUMILITY. Humility is a rare commodity these days, and I can tell you that we need more of it in this crazy world that we live in. The contrast is just too great between an undisciplined child versus a disciplined child. If you find a child/youth running amok, destroying your neighbors property, etc, and exhibiting behaviour that is totally uncontrollable in the process, then just know that the police won’t spare their rods on that child just because some parents are “too meek” to discipline their child in the way that they should go. At the end of the day, parents will have to answer to the Lord for their actions or inactions about how they reared their child in the way that the should go if they fail to instill sound discipline to guide their child in the right direction.

Blowing off steam and having a tantrum won’t get you what you want kid!

If you are a parent, it is important to have a balance in the way you correct a misbehaving child by setting up clear and proper boundaries when training up a child in the way that they should go about doing life and living as a Godly person. Children are not stupid and can tell when a parent is being HYPOCRITICAL in both their actions and in their words. If you tell your child to not do something and yet YOU the parent do otherwise, you set yourself up for failure when trying to “discipline” or “correct” them and at the same time, bring about confusion in your household when you operate with DOUBLE STANDARDS. A child knows when their parents are being hypocrites, so it is VERY IMPORTANT that in order to discipline your child effectively, your words must match your actions AT ALL TIMES. You can’t tell your child to not smoke weed or cigarettes if you yourself smoke these things. You can’t tell your child to stop being wild and rambunctious, when you yourself are wild and humiliating in their presence. That type of double-standard mentality brings about confusion and discord in your family. It is so important to have your words match your actions, PARENTS! NEED I SAY MORE!!!!!!

4 Fathers,[a] do not exasperate your children; instead, bring them up in the training and instruction of the Lord.

As a former Youth Leader, I’ve seen youth get into trouble with the law because of how dysfunctional their home-life is. Many of the youth that get into trouble with the law feel misunderstood and unheard as they are easily labeled as “misfits in society” who can’t seem to follow basic instructions. The thing is… how can anyone lead a successful life without proper direction or guidance from people that actually care for them?

I remember a time when I was in high school that unbeknown-st to me, I had mentored some of my peers who were students at the same school I attended, were apparently also affiliated in some of the popularly known notorious gangs such as the Crips and the Bloods… These students were drawn to join in these gangs because they felt like they fit in the “gang life” and also because in their gang, they felt that there was some sense of being in a “Family” and “Belonging” unlike their true “flesh-and-blood-related” families. In my ignorance, I used to wear different coloured bandannas when I was in high school as just a fashion statment. I had worn a red, blue, white and black bandanna that I would alternate in each colour that I would wear at school each day completely ignorant of the fact that the colours of the bandannas I wore, all had a social meaning amongst gang members in terms of  gang affiliation….YIKES!!!!

Blue and/or White bandannas were affiliated with the Crips gang; Red and Black bandannas were affiliated with the Bloods gang (which was the opposing gang to the Crips) and Yellow bandannas were a sign that you were affiliated with the Kings gang. In my ignorance, I wore all of these colours for fun as a fashion statement until I noticed that some students who were gang members in the school would fear me and make way for me in the hallways whenever I passed by them simply because they were confused about my so-called affiliation status. LET ME BE CLEAR RIGHT NOW AND SAY: I was not affiliated to any gang… However, I was completely ignorant of this social norm concerning my wearing these bandannas amongst my peers, until a friend of mine who was a guy that happened to be in “the Crips gang” asked me if I was affiliated with any gang. He told me that the reason why some people were scared of me in the school was because they couldn’t ascertain what gang I was affiliated with because I kept changing my bandanna colours everyday. And here I thought I was wearing a bandanna as a “fashion statement” in my ignorance. Ignorance is not BLISS PEOPLE! I obviously stopped wearing bandannas after that confrontation; however, it explained why some people were weary of me back then lol! 😀 ! I shake my head at myself lol! 😀

FYI – Each gang has a colour bandanna associated with them as identification amongst themselves to determine which gang a member may be affiliated with.

So going back to the topic of disciplining your child, if a child can’t feel protected or secure within their own flesh-and-blood family, then is it a wonder why some of them venture outside the family to find a place where they feel like they belong? Is it a wonder why joining a “gang” may appear to be an attractive choice to a youth that wants to feel some sense of belonging in a group of friends that feel more closer to you than a brother, sister, mother or father (their own flesh and blood)? I think parents need to WAKE UP!

Children are not stupid parents!!!! So my prayer today is that parents learn to communicate effectively with your own children so that you can direct them in the right direction. Do not be afraid of correcting your child if they are misbehaving and acting childish or out of control. It is important to discipline a child, otherwise if you fail to discipline them while they are still young, believe me when I say that law enforcement (THE POLICE), will take on the baton later on as your back up to dealing with your out-of-control child/children if you choose to fail in this area of their lives. Don’t allow your children to stray in the wrong direction and be the rod that a shepherd uses to guide their sheep back on track and in the right direction. Think about all this as you watch this video today. I pray that it may give you some food for thought today. God Bless You Everybody! 😀

8 thoughts on “To The Boy Who Cried Wolf…”