I just had to add this awesome song for today sung in Accapella by Voices of Lee called I am a Child of God. Sometimes when we go through life, we tend to forget that our circumstances don’t define us; our situations don’t define us; nor does our skin colour; our cultural; educational; socio-economic; or racial backgrounds necessarily define who we are. It’s your belief system that defines who you are. Many of us are familiar with this phrase spoken by René Descartes who once said “I think, therefore I am”. But that phrase is actually a proverbial paraphrase of a Biblical passage found in the following scripture:

For as he thinks in his heart, so is he. “Eat and drink!” he says to you, But his heart is not with you. 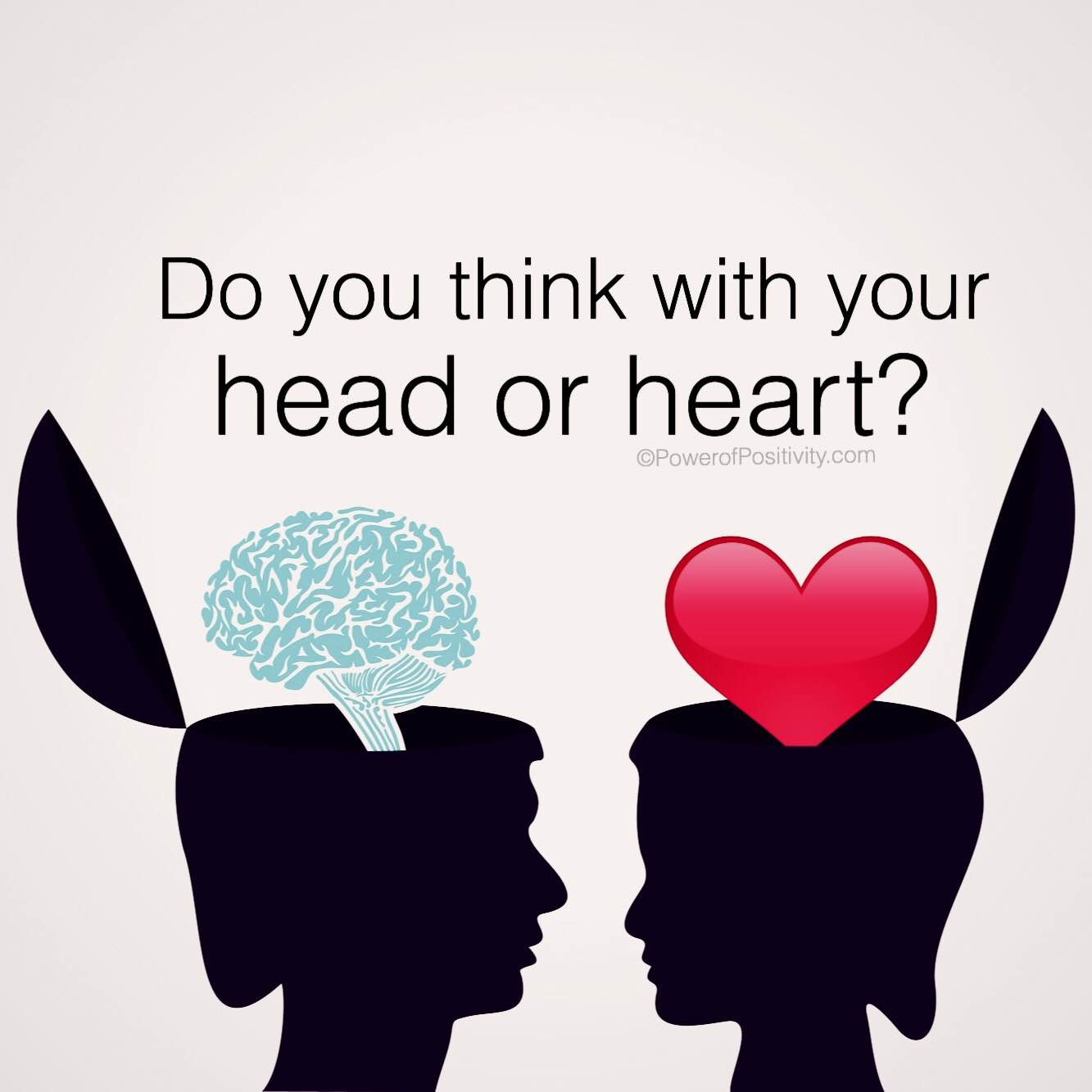 Whatever you believe to be true for yourself, will ultimately become your reality. The question is, what are you meditating on in your personal life that is manifesting as your current reality? It is so important to guard your heart and your mind because whatever you meditate in your mind, is what will affect the true heart condition of your soul. Most people assume that they “think” with their brains… but I personally think that we think with our hearts… Have you ever encountered people who do certain things that don’t make any sense to you, and seem to be doing things that cause you to believe that their actions appear to be illogical and irrational to you…? You’d think that they were not in their “right minds” simply because you don’t understand their actions or the reason(s) behind their actions… but when you are moved by what you feel led to do with your heart… you really knock out the typical logic that comes from the brain when you act out in faith based on what your heart leads you to do. Think about the concept of being “head over heels” over someone that you’ve fallen “in love” with… Some people do crazy things because they are moved by their emotions and are not swayed by logic or reason for their actions. They just simply do whatever their “heart(s)” lead them to do. It may not always be rational in the eyes of others who are the outside observers… but it will feel logical to the person moved by their hearts desire. That is why I say… people often-times think with their hearts and not with their heads because wherever a man’s or woman’s heart is…the whole body is sure to follow.

Ask Yourself “Why did The Bible say we think with our Hearts instead of our Heads?”
I believe that the reason for this is because logic doesn’t necessarily compel us to move in action, it’s our feelings (our gut instincts) and convictions that compel us to move with action.

If someone feels compelled or prompted to do or act out on something, it maybe instinctual and not necessarily weighed out on logically assessing the pros and cons of pursuing a specific course of action through methodical and logical reasoning. More often than anything, I think as people, we are often moved by our emotions and gut instincts more so than through logic and rationale in certain circumstances.

In fact, sometimes I think that logic has a tendency of halting progress in that it causes us to over-analyze things and over assess and/or reassess the pros and cons of pursuing a specific course of action, by finding fault and/or by finding a logical reason to delay on acting on or pursuing a specific course of action on something, which may cause us to delay in reaction and action. Such people who think this way would do well in the areas of risk management in any business that likes to protect its assets; however, they would not do well, nor fare well in other areas of life that thrives on innovation, since innovators are willing to take risks in order to move forward, and are willing to try and try again until they break barriers to reach new heights and achieve new things that seemed “impossible”. Innovators are risk takers; whereas, risk management people are always about self preservation and avoiding the need for encountering any situation that requires damage control. This often restricts and inhibits potential growth to move forward when striving for change in the corporate culture. I say all this as just my own personal opinion…you can choose to agree or disagree with me, that’s fine. This is just my two cents on the subject matter of Risk and Innovation based on my personal experience and observation in the business world.

Again I say that the Holy Spirit speaks to us through our hearts and that is how we are led to act in the first place when we feel prompted/inspired or compelled to do something that causes us to act on our convictions in the first place. That “gut instinct” that many people feel to act on something is most likely the Holy Spirit’s leading, and that is why the Lord wants us to embrace the message of Christ in our hearts so that we may become more intuitive and obedient to Godly instruction through the power of the Holy Spirit.

If we maintain that we need logical reasons in order to believe in God, to believe in miracles, or to believe in the existence of our Saviour Jesus Christ… then many people would not be moved to act on anything that the Holy Spirit inspires or leads a person to do, because logic has a way of halting progress if it simply relies on, and requires tangible, measurable and logical reasons to act out on something. Faith moves a Believer to act; whereas, logic has a way of halting a Believer from pursuing a specific course of action in faith, if it seeks to prove or disprove the existence of the supernatural as a motivating factor to act on that faith when being led by the Holy Spirit to do or act on something (an instruction) out of obedience (even when it doesn’t make any sense).

If you look at some of the miracles that were performed in The Bible, many of these happenings defy common sense and human logic. It is difficult to ascertain things that can’t easily be explained by science, logic, deductive reasoning, or human philosophy. How does one explain a Virgin giving birth? Has there ever been a record of other virgins giving birth in this world without intercourse? I highly doubt that. But if there were any…how would one explain it? That’s why I can understand why many non-believers have a problem with embracing the message of Christ if what they seek to believe in, has to conform to the laws of human logic. The problem with human logic is that it is limited and cannot explain the unexplainable, so how can we as human beings, be so overly reliant on such logic that is unable to satisfy explanations regarding those things that seem to defy human logic, science, philosophy and deductive reasoning? I just don’t see how that’s possible. 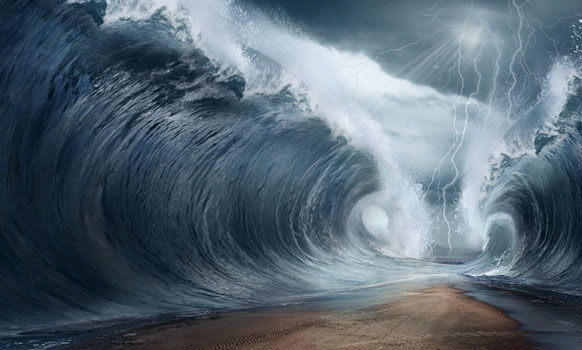 The Parting of the Red Sea Defies Human Logic

The Bible defy’s human logic because many things including the conception of Jesus Christ to a virgin girl, can’t be wrapped around a logical mind that doesn’t believe in miracles. Many non-believers who look to science or other philosophies and religions to explain mans existence will eventually come to the same conclusion, that some things can’t be easily explained away without mentioning the words: “Miracle” and “God” or “Another Power”.  So my message today is that although man may struggle to believe in God, the fact is, believing in Him starts when you allow your heart to be receptive to receive the message of Jesus Christ. What you accept into your heart as Truth, will ultimately become a part of your reality. If people keep rejecting the message of Truth, then they will continue to be bound in that realm of unbelief. Once the heart opens up to the message of The Truth, that is when The Truth sets a person’s mind free to believe that Jesus Christ is indeed REAL, Amen!

John 14:6
Jesus said to him, “I am the way, the truth, and the life. No one comes to the Father except through Me.

I pray that the song I’ve posted for today blesses your spirit today. God Bless You Everybody! 😀

7 thoughts on “Thinking With Your Heart”