Today, I want to post two awesome songs by Matthew West where the first song is called Broken Things. I just found this song to be awesomeeeeeeee! I hope y’all will like it ! 😀

When I think about the types of things I’ve gone through in my life, I am amazed at how God has kept me. There were times when I felt broken inside; however, God always found a way to heal the broken pieces of me through miraculous means whether it be through people I encountered, or through miraculous healings and/or deliverance through intercessory prayer and/or fasting.

Just an example: Levitation off the bed

I’ve already written in previous posts that I experienced a lot of spiritual oppression as a kid where my body would twist on its own in unusual ways and would sometimes be found to almost levitate off my bed (not completely of course), but I would be found in an arched position with only my head on the pillow and feet on the bed as the rest of me was lifted into the air as if I was being carried by some unseen force while I was in a seemingly tranced state (according to my twin sister who witnessed all this craziness). When I was young, it got so bad that there came a time where I wished for death to come quickly because it was so tormenting and painful to endure that I don’t think I could take it anymore. It must have gotten so bad to the point where I sleep-walked into the kitchen and got a knife and pointed it to my chest that I almost killed myself while I was in a trance-like state. Thank God my grandmother woke me up by shouting at me in an authoritative voice commanding me to “PUT THE KNIFE DOWN!”, since my twin ran to get her because she couldn’t seem to wake me up before that happened. It really disturbs me to think that I went through all that growing up and I didn’t know what to do about it because I lacked information (knowledge) and revelation which would have given me the power to overcome all these attacks in the first place. I do feel that the Lord allowed me to go through this so that I could become stronger and more knowledgeable about the subject of Spiritual Warfare in order to help others who may have endured or are enduring things that are beyond their comprehension or understanding.

I am glad and thankful that God always came and rescued me during the darkest times in my life and I am grateful to God for having delivered me from all those types of strange demonic oppressive experiences that I used to endure as a kid. It has taught me to fight and not give up and to not give in even when it hurts so when I reflect on my struggle with recovering my short-term memories because of being struck by a sickness that affects my memories (encephalitis); I realize that if it’s not a spiritual attack that I have to endure, I can also face a physical attack that can affect my mind, body and soul as well. Despite all that, you still do not need to give into defeat when something tries to hit you and knock you down just as soon as you get back up again. 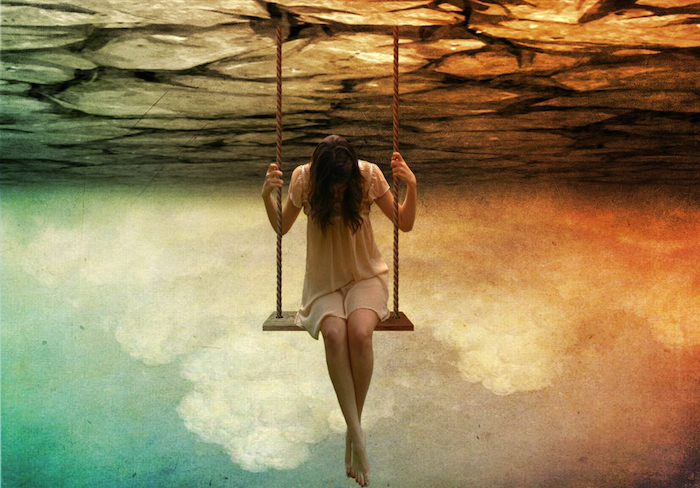 I have learned within this short lifespan that I will always be fighting to live for the rest of my life because the Lord knows I can endure and fight to live until He calls me home (Heaven). So I’ve decided to maintain a fighting spirit. I have faced discouragement, sleepless nights, the feeling of being defeated; however, God still calls us to fight and endure. We need to have a fighting spirit if we want to be successful in spiritual warfare and life in general. You have to guard your mind above all else because what you believe in is what you’ll ultimately become.

So for today, train your mind, spirit and body to first meditate on God’s Word (the Bible) and train up your mind, body and spirit for spiritual warfare. People experience spiritual warfare everyday whether they’re aware of it or not, so it is important to grow strong and read up on it so that you can be successful and develop a fighting spirit that won’t put up with nonsense and discouragement from others who try to raise limits in your life. Remember God who is able to do exceedingly, abundantly, above all you could ever ask, think or imagine. God is able to help you to endure and press through for your breakthroughs when you place your 100% trust in Him. Keep your faith alive and seek God with all of your heart, Amen! 😀

Now to Him who is able to do exceedingly abundantly above all that we ask or think, according to the power that works in us, to Him be glory in the church by Christ Jesus to all generations, forever and ever. Amen.

The Last song I want to post for today is also by Matthew West called Mended. I like this song because it’s pretty much on the same theme of my post. I hope it blesses your spirit today. God Bless You Everybody! 😀

2 thoughts on “God Can Use Broken Things”