So today my post is about spiritual house cleaning. I have read a book by Perry Stone called Purging your House, Pruning your Family Tree which deals with recognizing whether or not you have accursed things in your houses that can affect the spiritual climate of your home. A lot of people buy articles of clothing and souvenirs from countries that they visit during vacations and bring back as keep sakes because they want to have memories for their visits; however, some things that people bring back into their homes can bring in curses even if bought out of ignorance. There is a really great book that I would recommend people to get regarding how to spiritually clean your house by Eddie and Alice Smith called Spiritual House Cleaning.

It reveals a lot about how to detect what is causing demonic influences to inhabit your home. Many things are tied to objects or activities that have taken place in the residence that leave a place to be spiritually contaminated by demonic influences. Some people in the world won’t venture into certain houses because of “ghost stories” or a series of unfortunate events that happened in a home that leaves the place to be no safe haven. There a things we can do to keep our homes sanctified and holy, however, it’s all dependent on how serious we are to purge the things that contaminate our homes. 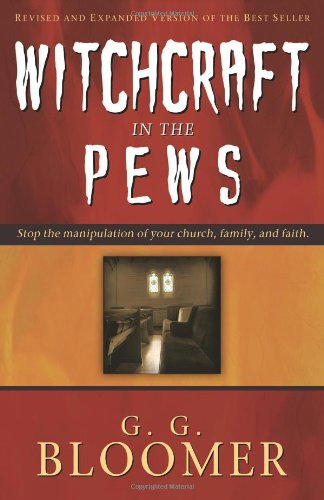 In the book Witchcraft in the Pews, Bishop George Bloomer talks about how a woman was given a set of 5 dolls in a coffin looking box by a relative. Immediately, I thought they were voodoo dolls, but anyway, she accepted these dolls in ignorance and she kept them.  Since that time, she and her family were unable to keep a house for a long period of time, she relocated several times in less that 6 months at a time in a 10 year period. They had financial distress, and health issues afflicting the members. Bishop prayed with the lady to break off the curse and to renounce her attachment to these dolls but was puzzled as to why there were five dolls in a box instead of one. Bishop consulted a friend who had knowledge concerning certain occult practices that afflict people to find out what the meaning of the 5 dolls meant and was revealed to him that the significance of the 5 dolls was symbolic of the number of members the woman had in her family. She had a family of 5 and the relative who gave her these dolls used it to curse her and steal her and her family members blessings and transfer them onto themselves. The lady noted that that specific family member never experienced financial difficulties after she had given the dolls to her as a “present”.

In Perry Stone’s book Purging your House, Pruning your Family Tree he uncovers a serious chain of deaths in the J.F. Kennedy family brought upon by the father of the family. Every son and child died tragically in violent ways because of the sins of the Father. This is called a Generational curse. People, what I can say is that it is important to really look at your family tree and start pruning some branches that have allowed for continual afflictions to exist in your family. I have been looking back at my own family tree and know that there is a chain of distant relatives who practiced occult activities that have been in the family and a chain of deaths of the twins in the family.

In knowing this, I had to renounce the sins of the fore fathers in order to break the chain of curses that can touch the third and forth generations. I know in my family the death of the twins seemed to be a serious matter. I used to have twin grand-uncles on my grandpas side and twins on my grandmas side. On my grandpa’s side the twins would die in mysterious ways. We have distant twin cousins who have died either early or when they achieved a feat. The longest surviving twins were in their late 30’s and one of them had achieved a doctorate, but died a few days later after his graduation. Now they are both dead. My sister and I are the longest surviving twins so far. I know that in tracing back such history you cannot joke with the impact that a generational curse can have on a family, but I praise God that my sister and I are the first born-again long-surviving twins in the family. We have to break the chain somewhere and it’s only through believing in Christ as our Lord and Savior. It is important to not remain ignorant of the devices of the enemy used against you and your family no matter how Christian you are.

There is nothing worse than being an ignorant Christian.

So today, trace back to your family tree and analyze the patterns that have contributed to generational curses and generational blessings. I know that although there have been generational curses in my family, there has also been a generational blessing that has started with my grandpa in terms of education. He was the first sibling out of nine children to graduate out of university and so far, as the third generation both my twin and I have graduated out of university with double honors majors. My Aunt has a Masters in the Arts so there is something to praise God about. Sometimes breaking such curses seems like a struggle but with God all things are possible. We can only renounce the sins of the past and look forward towards the goal pressing forward and never giving up.  Continue to speak blessings over your life no matter how bleak the situation seems. Spoken words of Blessings over your life in the Name of Jesus is a powerful act to counteract a curse. Jabez broke the curse of his name and God enlarged his territory. Think of how much God wants to enlarge your territory. Trust God and seek His face to get your blessing.

Have a blessed day everyone and keep praying, keep studying the Word and trust God with all your needs. God meets you when you call on His Name.

May the Joy of the Lord be with you today, in Jesus Name! God Bless!