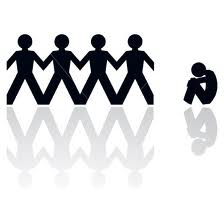 I just want to say that the next few posts maybe 18+ in content because they are addressing touchy issues like Pornography and sexual abuse and some of these testimonies from these individuals aren’t for the faint of heart or for the spiritually and emotionally  immature individual. I have been feeling in my spirit, that I need to address the things that are hurting people in the church, and by church I mean globally in scale and how this code of silence has functioned to prevent people from being healed and delivered.

Sister Res’s last post that I just re-blogged here on WordPress is a prime example of some of the things I’d like to address. The predator in this case was a Minister in the Church mind you, and I’m not going to say that all predators are in church because they can be found anywhere and everywhere. However, it is one of the institutions where we expect our shepherds to protect the flock when such grievous affairs happen. Shoving something like this under the rug and using the law to manipulate and continue such sinful affairs is APOSTASY that needs to be curbed with serious reprimand and Godly correction that may require legal action.

If you all have read my post regarding The Importance of Detecting False Humility you will understand that the predator in Sister Res’ article called Why Child Sexual Abuse Grooming Must become a Felony: The Story of Jason Kidd and His Daughter fits to the “T” for TRUTH.

There are some Wolves in Sheep’s clothing in the Body of Christ and discernment is one thing that we can use to detect them, but after detection there needs to be some sort of wisdom and practical action and structure to deal with these wolves accordingly. 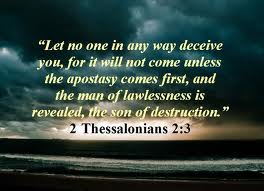 Apostasy causes people to put the Church into disrepute. The Word cannot reach those that have been abused by manipulators who use the Word to abuse the flock. I’m telling you that God ain’t pleased with such matters and as of late, my spirit has been grieving over this area. I’ve been praying about this for a while, because of stories I’ve read and also because I’ve encountered people who turned away from the church because of these very same reasons of abuse. So Please take the Disclaimer Notice seriously and understand that the few posts that are yet to come may be heavy and I appreciate my readers and respect you enough to let you know this in advance so that you aren’t shocked regarding the content.

I admit that at first I didn’t want to do this, but I cannot ignore what I feel the Holy Spirit wants me to talk about. I can’t explain why this is gripping me right now, but I feel like I can’t keep my mouth shut about this anymore since I also have been in a situation where trust was broken by someone I knew. 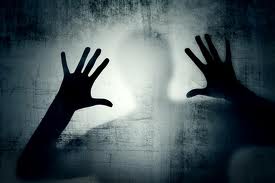 My first prophetic dream that I had was at age 4 concerning a woman that was to be my nanny when I got to Australia. When we landed in the country, we were introduced to the workers at the house and she was one of the live-in nannies introduced. She was a pretty person who smiled a lot but I was tired after a long flight from Germany and didn’t really care for the introductions. I was 4 years old and wanted to sleep. The first night in Australia I had my first prophetic dream. In this dream this woman (the nanny) chased me in a mall and when I got to the second floor, there was no railing and she pushed me off deliberately and I fell. Before I hit the ground, I woke up and I heard the spirit of the Lord speak to me at age 4 and He said “Do not trust this woman, she is very evil”. I know this sounds far fetched to you right about now but this is really true. As a 4 year old, I didn’t understand why I shouldn’t trust her. Later on I soon began to realize why. She ended up being the woman that would later molest me and God tried to warn me, a 4-year old child who was innocent enough to trust in such an evil adult that this would happen. At this point, I do not care if people think my testimony is whack and unbelievable, but this is something that happened to me and I’m going to be frank about it since silence is deadly.

I am here to say that I too am a victim of molestation and sexual abuse. This woman that was my live-in nanny (not a family member)  was supposedly a “Christian” who actually in fact was a person who tried to groom me into practicing witchcraft. She exposed me to pornography first, tried to make me pray weird prayers that I soon found out later in my walk were incantations, gave me strange items to which I suffered a lot of spiritual attacks after that. She tried to poison me slowly with food since she would always prepare my breakfast as a means of silencing me about the molestation because she was fearful that I’d talk to my grandparents and reveal what she had done and get arrested. She made me promise not to tell my grandparents and bought me gifts to keep my mouth shut. As a kid, I didn’t know any better and did what she wanted me to do. Sometimes I wish I could have told my grandparents about this situation but my grandma was strict so I thought I would be blamed for allowing these things to happen to me, but later on I realized I should have confided in my grandparents when I could have because they were always on my side. 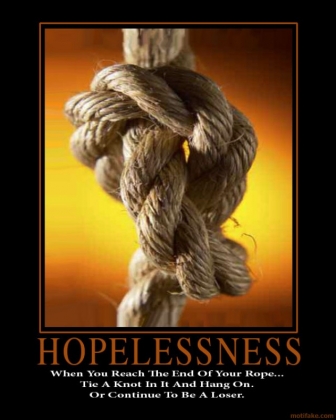 This so-called nanny often told me that she “loved me” but later on she grew cold and I mentally shut down. She then realized I wasn’t buying her “love-act” and got paranoid and tried to poison me but I still remained loyal and remained silent because I felt that nothing could be done about it. There was a time I would vomit everyday the food she prepared for me to eat to the point of blood and my grandmother got scared and took me to the family doctor because I was losing weight. There was an exchange where I heard my doctor tell a nurse that I had been progressively poisoned since they found something in my blood. At age 5 I could understand a lot so they didn’t know I was listening to the conversation.   She had the trust of my Grandparents, my uncle and aunt and she used that to her advantage. There is more to this story but I think I’ll stop here. What I can say is that I felt like the deed was done and I had to live with the consequences. This was a grave error on my part, but does a young child know any better?

I became disillusioned in my walk but somehow maintained my faith in God despite these events. This story is just one statistic. I praise God that I can share it without fear here. I feel such a release and I don’t care what people think of me now…She wasn’t the only manipulative person I encountered because there were also teachers in the “Christian” schools I attended that also betrayed my trust but that’s a story for another day. The reason why I’m telling my story here is so that for those that feel alone and don’t know what to do, silence keeps you trapped in the cycle of abuse. The only way to set yourself free is if you speak. I wish I learned this earlier, but evil knows no bounds and tries to do all that it can to get you to remain silent. Silence is deadly people. Even though I’ve been through this abuse, I have forgiven my abuser(s). There is no point in maintaining hatred because that is what keeps us bound in the first place. God wants people to be really real with themselves and not be in denial of the pain they feel. So for the next few posts, please listen to these testimonies with an open heart and don’t be so quick to judge without really hearing the truth for what it is about for these individuals. Sometimes the raw truth is hard to handle but Jesus says, The truth will set you FREE. 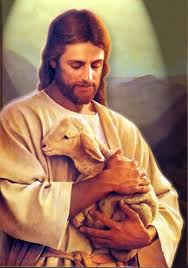 So my intention for this post and the following posts is to address difficult stories and come out of the closet with stuff that churches are hush hush about.  Jesus Loves and has always loved His Flock and I feel that He is sad and grieved when His children are abused by folk who are entrusted to care for them but are really Wolves in sheep clothing. There is a high price to pay for those that practice such lawlessness and abuse should not be tolerated under any circumstances. Keep that in mind.

Jesus is the True Shepherd and if people aren’t following the True Shepherd’s example to tend to the flock and end up abusing the flock, I feel that some people should be removed without question. This isn’t a local problem, it’s a world wide one and people should not fear addressing these issues like it is. Some churches do and many churches don’t but is protecting one felon at the expense of the flock that important? Is God pleased with that????  At some point everyone will be held accountable on that day of judgement…we have to address sin like it is and not water down the truth so “some people can sleep well at night”. So please regard my disclaimer now and appreciate where I’m coming from with the few posts that I will prepare. I fear God enough to do this regardless of whether I become unpopular or not because the truth isn’t popular and I know that in advance to write without fear. I may lose readers but it is what it is. I respect you all and thank you for reading up until now.  God bless You All.

Thanks for reading everybody!

14 thoughts on “Disclaimer Notice: Breaking this Code of Silence”