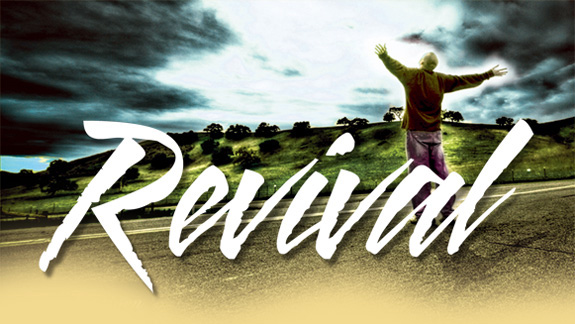 Today my meditation comes with the feeling of wanting to see a MODERN DAY REVIVAL! I’ve been thinking about it for a while but when was the last revival apart from the Azusa Street Revival that was massive in its day in April 16, 1906 where there were workings of miracles, massive reception of the gifts of the HOLY SPIRIT? I want to see REVIVALS break out on a Global Scale. I know what I’m saying sounds ridiculous and probably dangerous but I want to see Massive Revivals not on a Nationwide scale but on a Global Scale. Can you imagine many Churches all having a Revival in the same Year? I can only say Faith can take us to such an amazing Vision so I’m speaking out by Faith in the Blogosphere for such a thing to Manifest itself. I want to see JOEL 2:28-29 in action people! Especially in the West where we have drowned out the Sound of the Divine Alarm, Make Ye Straight The Way of The LORD! Revivals shouldn’t be something we merely read in History books, I want to see these things take place in my lifetime but on a Grand Scale. This Year of Divine Government, we should pray and declare for REVIVAL on a Global Scale. I know that my blog has an international audience so for those reading, Start Praying for Revival in your Countries and Watch GOD MOVE. When a church becomes One in Mind, One in Spirit and One to Worship the Only God, you’ll be amazed at how the Spirit of the Lord will move.

Remember how God made Man and Woman in His own image and likeness in the book of Genesis 1:27 – So God created man in His own image; in the image of God He created him; male and female He created them.  The name Adam is Hebrew for “Man”; or “Mankind” so literally Adam was called Man. Adam was just a body that would have remained an empty shell until God’s breath of life came into that shell indwelling in him & her and it is that life that he & she became Sons of God formed in His Image and likeness. He and she are always referred to as the “first Adam” whereas Jesus is referred to as the “last Adam” in 1 Corinthians 15:45 (NIV) – So it is written: “The first man Adam became a living being“; the last Adam, a life-giving spirit.

t is Interesting to note the two distinctions:

2.) The second being that the “Last Man” is Christ who was and is a “Life-giving spirit” in the form of a man.

God is the one who breathed life into Adam and therefore is the “GIVER OF LIFE”, then it stands to reason that the first Adam was not able to breathe life into another because only God could do that.

When both Adam and Eve sinned by listening to the Devil and defying one commandment to not eat of the Fruit of good and evil in the Garden of Eden, their state of God breathed Life started to die at that moment because what was in them was the Holy Spirit. Sin caused spiritual death and if you read through the books from the genealogy of Abraham going forward, you will notice that the number of years that man could live significantly decreased in that we once were able to live for hundreds of years in age because the breath of life which is from God is an Eternal kind of breath. If you look at our current life expectancy to this day, you can see that it is a now only a “miracle” if many of us can live to the age of 100. This is the consequence of all of us living in a state of fallen Grace.

Romans 3:23
for all have sinned and fall short of the glory of God,

When Jesus Christ came, it was only then that God was able to give life back into man as a Man on Earth to reinstate the original design which was God in Us through the Holy Spirit. This is evidence of God with us and dwelling among us in the New testament, but the buck doesn’t stop there folks! An amazing thing happens in the book of John after Jesus resurrects from the Dead. He meets His Disciples and then Breathes on ALL of them that were present (save Thomas) and commissions them to be APOSTLES! Did you catch that?  I said, HE BREATHES on the DISCIPLES and they are commissioned as APOSTLES! God’s BREATH OF LIFE yet again in action. The disciples had already received the HOLY SPIRIT prior to the upper room experience that they had in ACTS 2. The Acts 2 experience was the activation of the GIFTS OF THE HOLY SPIRIT.

19 Then, the same day at evening, being the first day of the week, when the doors were shut where the disciples were assembled,[c] for fear of the Jews, Jesus came and stood in the midst, and said to them, “Peace be with you.” 20 When He had said this, He showed them His hands and His side. Then the disciples were glad when they saw the Lord.

1) The receiving of the Holy Spirit in the book of John breathed onto them by Jesus, and then

2) The activation of the Gifts of the Holy Spirit in the book of Acts.

wow…I feel like I’m preaching but I think you understand my point right. This is such a sweet revelation.

We need to understand these two phenomenons so that you understand how we are the SONS of GOD on Earth after we are saved (born again), baptized, and receive the Gifts of the HOLY SPIRIT. It is mandatory that we operate in the gifts of the Holy Spirit, we need to be ignited to operate in the fullness of our callings as Sons of God, the question is…Do people even recognize the importance of the Holy Spirit in their life?

Are you walking in the Spirit as a Christian or are you still acting like a Christian walking like a dead man by ignoring the Holy Spirit dwelling inside of you the Hope of Glory?

What are we doing to quench the operation of the Holy Spirit in our lives?

When we grieve the Holy Spirit, we cannot function with the authority and inheritance as Sons of God, because clearly, you ABSOLUTELY need the HOLY SPIRIT to operate as a Son of God and you also must pursue the gifts of the Holy Spirit to function in the fullness of that call.

So my last Question is: 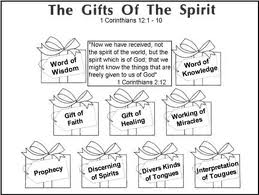 Wow, so friends, lets start believing in this A NEW WAVE of GODS BREATH on us so that we can be SONS OF GOD in this YEAR of 2012 – YEAR OF DIVINE GOVERNMENT. I want to see revival!!!!!!!!!! Can I get an AMEN!

Please read the Guest Post on the same topic of Revival By Tanya: A Prayer For Revival…It Starts In YOU

I have an awesome song today by Cece Winans called Hallelujah PRAISE! Indeed, let everything that Hath breath praise the LORD! Stay Blessed Everybody!

That You May Believe

30 And truly Jesus did many other signs in the presence of His disciples, which are not written in this book; 31 but these are written that you may believe that Jesus is the Christ, the Son of God, and that believing you may have life in His name.