So today is Friday the 13th in the Year 2012 and it’s snowing outside and I was one hour late to work. I arrived safely despite the long arduous wait for a bus that wasn’t packed full of people. Would have loved to drive but I couldn’t get my car out of the underground parking lot since the ramp had ice and my superintendent had failed to salt it before the snow hit us. It has been an interesting morning and an interesting day and yet I feel full of joy and excitement because simply put, it’s a TGIF to me! 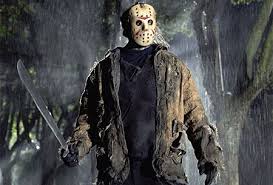 It’s interesting how other cultures have different associations for certain numbers that they deem as “bad luck”.

Thirteen : 13 – This Biblical Meaning of Number 13: comes from my understanding that it is at times associated with the rebellion of things, corruption, abandonment, defection, revolution, to break or destroy.

Four : 4 – This Biblical Meaning of Number 4: comes from my understanding that it is normally associated with God’s creative works or perhaps “Earth Creation” (material completeness).

Fourteen : 14 – This Biblical Meaning of Number 14: comes from my understanding that it normally deals with one gaining a spiritual perfection that is doubled measured in strength or spiritual completeness that is twice over.

The Old Testament has thirty-nine books, (13×3). The last word is a curse. It has five letters, the number of death.

In Galatians 3:13 we are given the triple curse connected with the law; cursed is anyone who hangs on a tree. Jesus became a curse when he hanged on the cross.

2 Corinthians 5:21 says, “For He hath made Him to be sin for us, who knew no sin; that we might be made the righteousness of God in Him.” Jesus became a curse for every one of us.

In Proverbs 13:13, there is a statement on unbelief.

In Joshua 7:13 is found an accursed thing.

Eighty-five percent of the thirteens in the Bible refer to death, destruction or evil.

Genesis 4:13 has thirteen words that are the reply of a murderer to God’s fair dealings.

Nimrod was a type of the antichrist, the thirteenth from Adam.  He was a rebel. The first time the word thirteen occurs in print, we find they rebelled (Genesis 14:4).

Apollo 13 was the thirteenth space flight, the one which failed.

Revelation 13 deals with the Satanic godhead.  Judas Iscariot has thirteen letters in his name (John 13:13)  The verse had thirteen words and thirty-nine letters, which is 13 x 3.  Judas is called the angel of the bottomless pit. Apollyon and Abaddon both mean the destroyer.  He is identified in Revelation 13 as the one Satan will raise from the dead and the one Satan will live in.

In Revelation 17:5 there are thirteen words in block capital letters on the harlot’s forehead. They contain sixty-five letters (5 x 13).

In Mark 7:21 Jesus says there are thirteen evils in the human heart.

The United States rebelled against England in 1776. We had a flag with thirteen stars, thirteen stripes and a snake with “Don’t Tread On Me” written on it, which that is thirteen letters.  There were thirteen stars on the Confederate flag in the Civil War. 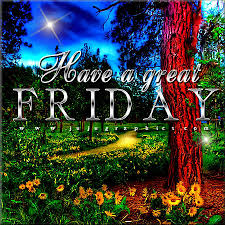 With that being said, I can understand why some people feel some level of anxiety over the day — Friday the 13th. It’s no wonder why some buildings don’t have a 13th floor or why some rooms don’t have the number 13 on it in some hotels, apartments and/or business blocks. The number 13 carries such a powerful significance and meaning in people’s mind that some people refuse to go to work on Friday the 13th. How can a number be so powerful to paralyze people from functioning normally within the boundaries of reason?

I personally don’t believe in “bad luck”. I only believe that the devil is real and that God is real and God is greater than the Devil, PERIOD. No number or day is more powerful than that TRUTH. This is not to negate the importance of understanding the numerological meanings associated with the number 13 Biblically speaking, because it is important especially when it’s in regard to Biblical prophecy to understand the meaning behind some numbers such is the Number 12 which means GOVERNMENT hence the year we are in is a year of Divine Government, or the Number 7 which means Divine Perfection. I could go on and on, but I think you catch my drift, right? 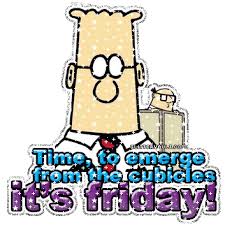 I’m not saying that peoples fear of Friday the 13th is irrational  or illegitimate, because we have Biblical reasons that back up the negative association of the Number 13 since it has a clear connection to misfortune. All I’m saying is that we have in a way over-aggrandized it to the level where it perverts everything we see on such days that may have been intended to be Good, but because of the fear of the Number 13 we label everything as “bad” or “evil”. This is just based on my experience with some people I have encountered. It could be different for others but I’m just putting this out there.

We shouldn’t over-exalt the number like the number 13 on a specific Day such as Friday to such an extent that we forget that each day is a day that the Lord has made for YOU, His Son and Daughter to live in this World that needs to see Hope at the end of the tunnel. Don’t give a number so much power over your mind  that it paralyzes you from moving forward with everyday life is what I’m getting at here. Yes, I agree, understand its meaning but don’t let it become something that controls your actions. You have the power of the Blood of Jesus to overcome anything and everything, so put your TRUST and YOUR FAITH in the right place.

I see everyday as the day that the Lord has made regardless of what number it is because I will rejoice and be Glad in it. I think we should think of each thing in that same sense. What are your thoughts?

2 Corinthians 10:5
casting down arguments and every high thing that exalts itself against the knowledge of God, bringing every thought into captivity to the obedience of Christ,