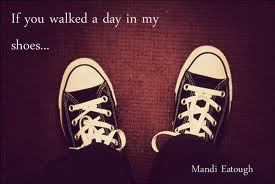 So today I was thinking about how we go about our prayer life business. Many a time when we get to that place of prayer and meditation on God’s Word, you find that there are some reasons as to why certain prayers get answered over others. I have found that in my walk there were times when I thought that God was silent and had turned a deaf ear to my prayers…Those were the darkest moments of my life in that I almost fell away from Him completely because I was starting to get desperate and angry at the same time. Thank God I stuck it out in faith, but I will tell you that there was a time when I felt I was hanging by a thin thread that was the only line available at the time that would determine where I stood with the Lord. I considered that if it snapped, I was going to give up completely and turn away from Him. You might be thinking “How can you think that way?!…You have little faith?!…You should keep it together!” That’s all well and good….but “Have you walked a mile in my shoes?”

I find that it’s very easy for others to criticize your level of “expected” faith when the going is good on their side of the fence…but when you experience a trial such as I have on various occasions, you will know for sure if you believe or not. I came to the conclusion after that particular trial that it’s not that I lacked Faith in God at the time, because what was actually happening to me was that my level of faith was being tested. If you seriously want to deepen your relationship in your prayer life, you have to go through many tests if you truly want to increase your faith. It’s funny because I remember as a naivete born-again Christian that I was,  I was so happy in God that I forgot that I had once prayed to the Lord and asked Him to “Help me increase my Faith”. This prayer was answered, but not in the way I expected because I failed to understand that True Faith is built through Trial and Testing. Take note that I said that my prayer was answered. I thought I’d have a joyous ride to increase faith….not a roller coaster adventure into the deep end of the sea. You have to go through the Test if you want to build on Faith.

Many people love receiving the blessings of the Lord but refuse to go through the tests.

If you want to grow maturely in your discernment and faith in your spiritual walk, you have to go through the tests. This isn’t an option it’s a requisite. God will put your faith to the test and in my case, He can test you in ways that you cannot even begin to understand. I felt in my spirit that the Lord was asking me “What will it take for you to fall away from me? What will it take for you to stay with me?” I was sobered up quickly with those questions and remembered how Peter denied Jesus 3 times (Matthew 26:34; Matthew 26:75) even though he never thought he would… 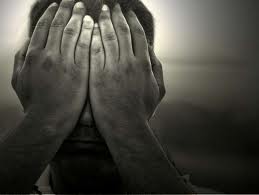 When you are put to the test of being sifted as wheat by the devil (Luke 22:31)….you will know your true level of faith. Eventually, Peter ultimately fulfilled Jesus’ prediction and was heavily distressed by it and wept bitterly over it (Matthew 26:75). When I read that,  I totally understood Peter’s feelings. It’s not like he wanted to deny Jesus and neither did I when I was going through my situation. Everything just comes caving in and you are left speechless in that you feel the shock of your own actions that you didn’t know you had in you when faced with a precarious situation. Just when you think you wouldn’t deny the Lord…you are thrust in a trial that makes you confront your level of faith. Do you know your level of Faith?

How do you know your level of Faith without the test? You cannot measure your faith if you haven’t been through a test. An example could be when you go to school you learn so much about a particular subject, but how do you measure how much you’ve learned? You have to write a test to examine how much your know in the same way with your faith, you have to go through a test in order to know your level of FAITH. After going through a test you will know what to work towards as you recognize your weaknesses and failures and that is what I found out through my trials and testing. Faith is a daily walk…it’s not an instant thing you capture because you have to water it everyday for that plant to grow. The objective of Faith is to learn how to increase it through constant trials and testing. You can avoid the test but you cannot avoid the trial because in this life you will have trouble (John 16:33), so make sure you are anchored with Christ to help  you walk through the test (Psalm 50:15).

Testimonies are derived from TESTS. Notice the word Test in Testimonies?

It was a scary time for me back then when I was going through what I was going through and when I think about that…I can conclude that as humans we are more fragile than we think we are when it comes to the tests of ENDURANCE (Hebrews 12:1). There were also times when I thought that I’d never reach here in my Christian walk. I thought everything would be peachy key with a few hiccups along the way but I didn’t think I’d go through barrenness and wilderness. I didn’t think I’d be thrown into a storm and be tossed by the waves of emotional upheaval. I didn’t think I’d have to climb a mountain only to reach a valley of decision (Joel 3:14). I didn’t think that I’d have to experience persecution from inside the church to test my faith; I didn’t know that I’d have to lose so much to gain everything I needed from the Lord all over again; I didn’t know what true loneliness felt like until I was in that trial. It was a dark dark place and the enemy was on all sides…I couldn’t see night from day…everything was dark….but through it all, I kept crying to God and I kept doing it as I even began to consider that He may have turned a deaf ear towards me (2 Chronicles 6:42; Psalm 27:9; Psalm 132:10). It was an emotionally draining test that I even considered suicide.

I wondered why is every thing in this season so desolate…why do I feel abandoned? Why can’t I hear anything anymore….why is everything seemingly pitch black…what have I done to deserve this…why won’t you answer ME GOD?!! In all this confusion I ended up saying to the Lord, that “I’m tired of living, I’m not going to take my life because you’re the one who gave it. Since you are the one who gave it, you should be the one to take it because if you hate me then take it! Take IT! I don’t hate you Lord, but I am angry with you for not saying anything!You can ignore my pain, you can ignore my sorrow, you can turn a blind eye to my trouble but I will NOT let go of your Hand! I didn’t choose you just to let you go so easily so I choose to believe in you until you take my life by your own Hand.” Trust me when I say that when I look back at this pleading prayer, it felt like I was a coward to this trial, but I had had enough. I was so scared of Hell so I didn’t want a one way ticket by killing myself which is what I think the devil was waiting for, so I chose to be a coward and asked God to kill me Himself. I had reached my final straw and was nearing insanity. I thought I was going to lose my mind. It was a very dire and desperate moment at this point but that was my final resolve and that’s when something started to change in me.

My trial had reached the tipping point and it had ended. I began to see God again, He began to speak to me again and I remember just crying for a long time after hearing what He had to say as He spoke to me in my spirit. He told me that “He never left me and that He was with me all this time waiting to see how far I would go until I could see His face even in the midst of my Trouble”. Upon hearing that I had received my long awaited epiphany, my light at the end of the tunnel, my answer to my trial, my rescue from my insanity. I realized that I only saw God as someone who was there for me when miracles happened and when things were going great.  I had not reached that place in my walk where I had seen another side of the Lord; I didn’t see Him as someone who would go through Hell with me and back…

It was I that had failed to see Him in the midst of my troubles and that’s when I realized that Faith truly is the substance of things Hoped for and the evidence of things not yet seen (Hebrews 11:1). Through this test I realized that God was with me ALL that time but I had failed to see that because of my immaturity and naive level of faith at the time. I am so blessed by what He has done to change my level of faith. I asked myself if I had a choice, would I have refused that test that I had been through? I thought long and hard before answering that question and concluded that I would not have the level of Faith I have now had I not gone through the test. I hated the trial but I am blessed by it because I have come to see a different side of God that I didn’t see before. Trials can be bitter and excruciatingly painful but they help you see sides of God that you would not otherwise see without the Test. Ask your self, are you willing to go through the trial to see a new side of the Lord? Are you satisfied with where you are at right now?

In Part 2 of this topic, I will list some possible reasons as to why some prayers do not get answered.